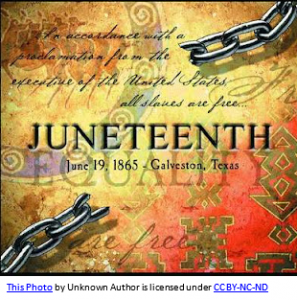 The path to Juneteenth 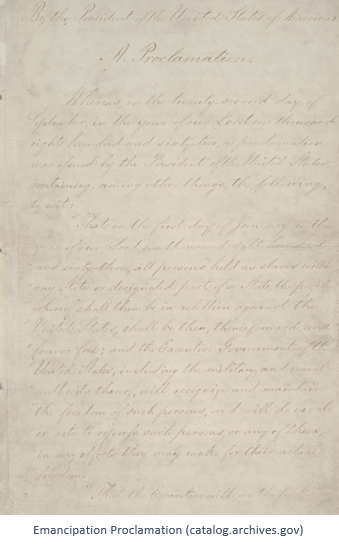 Lincoln then listed the ten states still in rebellion, excluding parts of states under Union control and those slave-holding border states (Missouri, Kentucky, Maryland or Delaware) that had not seceded. Those who were enslaved in the other states were freed by later separate state and federal actions. Lincoln continued…

I do order and declare that all persons held as slaves within said designated States, and parts of States, are, and henceforward shall be free…. [S]uch persons of suitable condition, will be received into the armed service of the United States…. And upon this act, sincerely believed to be an act of justice, warranted by the Constitution, upon military necessity, I invoke the considerate judgment of mankind, and the gracious favor of Almighty God….[1]

On 18 December 1864, the Thirteenth amendment to the United States Constitution was proclaimed. It was the first of three amendments adopted following the United States Civil War that greatly expanded the civil rights of Americans. [2]  This amendment allowed for all those who had been enslaved to now be free.

Section 1: Neither slavery nor involuntary servitude, except as punishment for a crime whereof the party shall have been duly convicted, shall exist within the United States, or any place subject to their jurisdiction.

Section 2: Congress shall have power to enforce this article by appropriate legislation. 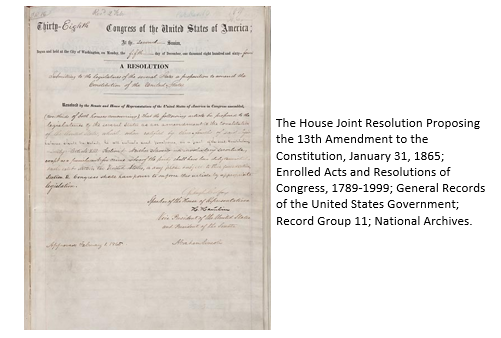 Texas was the last Confederate territory reached by the Union army. On June 19, 1865, Union Army general Gordon Granger arrived in Galveston, Texas and announced General Order No 3 to proclaim the war had ended and so had slavery.  From this original date of June 19th, the African American Emancipation Day has been celebrated and spread across the United States and beyond.[3] 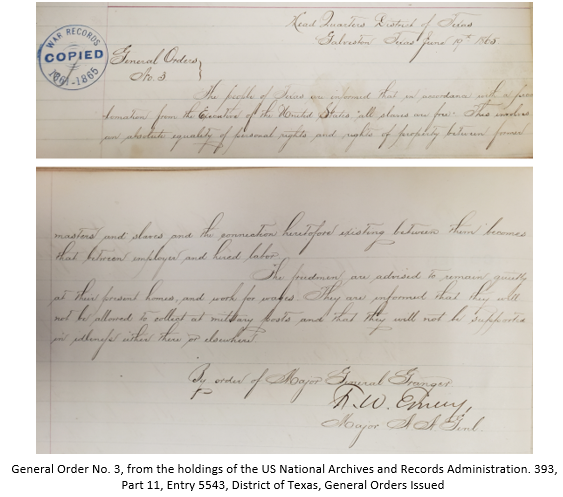 Those who had been enslaved were free and yet were faced with providing for their families. The Freedmen’s Bureau was created to help formerly enslaved persons navigate their new freedom. This can be a valuable place to search for clues about difficult to find ancestors and their families.  An excellent article on Freedmen’s Bureau records can be found at FamilySearch.org.  To find the online records to search, including links, go to the FamilySearch Wiki in the section African American Online Genealogy Records. Many of the state pages in the Wiki also contain a list of the records including links.

Not only were the now free men and women faced with providing for families, but they were faced with FINDING separated family members.  One way of searching for family members was through newspaper ads.  A website titled informationwanted.org is collecting these newspaper ads so that posterity might find their ancestors and learn more about them. The following are samples from these newspapers and from their website.

S.P. Houston is searching for his, wife, Elizabeth Houston, dated 27 May 1865 The Anglo-African (New York)

The searches lasted for decades as in this one dated 5 June 1893 Chattanooga Daily Times (Chattanooga, Tennessee) – John M Anderson searching for his father and two sisters. 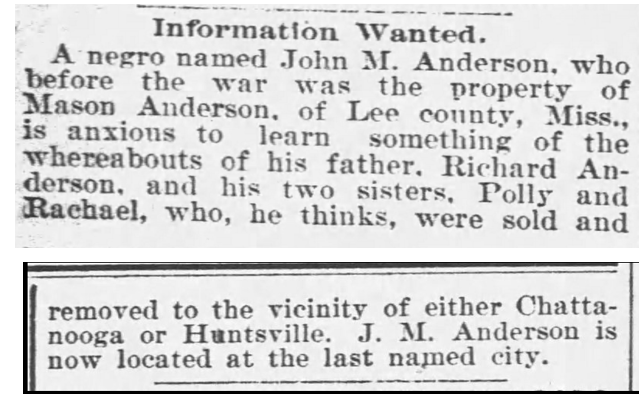 Today descendants are still trying to find family members from this time period. These newspaper ads may be of great use in providing clues to help find those who are still missing from the family charts.

As we ponder Juneteenth and the men, women and children who were involved, may we seek more about their lives, family and ancestors so that their stories will inspire, strengthen, encourage and instill hope in us on our own paths.