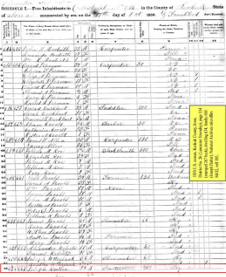 When the United States was formed, the U.S. Constitution stipulated that a population census be conducted every decade, beginning in 1790. The 1790 to 1840 censuses only named the heads of households, and they grouped household members by age brackets according to their race and gender. Beginning with the 1850 census, every household member was named, and each individual’s age, race, and gender was recorded. From 1850 onward, additional information was collected about each person, and this information provides genealogically valuable clues to learn more about your ancestors. This blog series will explore the contents of the 1850 to 1940 censuses and the clues they provide for genealogical research.[1]

It is interesting to note the change of census days throughout time. Early censuses were enumerated at 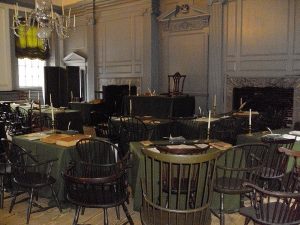 beginning of August until President John Quincy Adams requested an earlier census day. Census day for the 1830 to 1900 censuses was 1 June (expect for the year it fell on a Sunday, so 2 June was census day). In 1910, the Census Bureau wanted census day in April because the director was concerned about parts of the urban population being away on summer vacation in June. The next decade, census day was 1 January because the Department of Agriculture thought this would be best for gathering information for the farm schedules. This was short lived, most likely due to the snowy winters in the north. A decade later, in 1930, census day was on 1 April and that has been census day ever since.[i]

The data most likely to be affected by changing the census days is the ages reported. If the directions for reporting the ages were followed exactly for the same individual for every census they were enumerated on, there would appear to be a discrepancy in their age due to the differing census days. When the birth month is known, that considered along with the census day would affect the age that should be reported on the census. Any experienced genealogist knows how off the ages can be on census records, so this is not the only factor. This is where the 1900 census is handy, because it’s the only year the census asked for birth month and birth year. In the 1870 census, those born within the past year had their birth month listed.

From 1850 to 1870, no relationships were stated, so a researcher must guess how family members were related. The most obvious guess is “head,” wife, and children; but not every household was structured that way. Nieces and nephews on the paternal side could have the same surname as the head. In a blended family, the father’s children would bear his surname, but the mother’s children would bear her prior surname. Beginning in 1880, relationships to head of household were stated. An in-law to the head of household could give a clue to the wife’s maiden name. Such was the case in the 1940 Oscar Boneck household.[ii] He was living with his wife, Mary, their sons, his father-in-law, Charles Ellena, and his brother-in-law, Charles Ellena, Jr. This tells us that the maiden name of his wife is Mary Ellena. The 1940 census was the first that specified the order for various relations to head of household: head, wife, children, other relatives, boarder.[2] 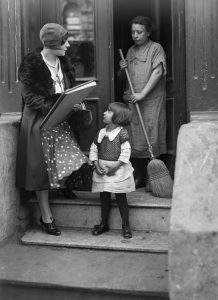 The 1850 to 1870 censuses asked the marriage month of couples that had been married within the year. 1880 was the first to ask for marital status, with the options being single, married, widowed, and divorced. The 1900 and 1910 censuses asked for the number of years in the present marriage; the 1930 census asked for age at first marriage. This was helpful in finding the Creswells marriage date. The 1900 census indicated that Charles and Rachel Creswell had been married for thirty-one years,[iii] putting their calculated marriage date at 1869. Their marriage date was found to be 9 November 1868.[iv]

The 1850 census was the first to ask for birthplace. In 1870, people were asked if their parents were foreign born. 1880 through 1930 asked the birthplaces of both parents, with the 1920 census also asking for the mother tongue of each individual and parents. In 1940, the birthplace of parents was moved to the supplementary questions asked only of a small portion of the population. Having the birthplaces of the individuals and their parents can be helpful in identifying the correct person, or in giving clues useful in searching birth records. Birthplace also showcases immigrant families. When Joseph and Barbara Forster were found on the 1900 census, it showed that both were born in Texas, his father was born in Texas and his mother in Germany; Barbara’s father was born in France and her mother in Germany.[v] This tells the researcher that continuing those lines would involve immigration research to the next generation back.

Censuses began tracking occupation in 1850, beginning with males age fifteen and older. This was expanded to include females in 1880, and the age was changed to ten and up in 1900, then changed to fourteen and up in 1940. Censuses of the twentieth century expanded the occupation column to include industry and whether people were working for an employer or for themselves. This is helpful in identifying ancestors with common names and gives potential clues for additional records.

Daniel Garner and Mary Landis were married sometime in the 1850s, a widower and a widow remarrying, as FamilySearch Family Tree portrayed. His first wife was Rebecca Good, and they had had two daughters together, Lucetta born 1836 and Elizabeth born 1839. Her first husband was supposedly Jacob Long, and they had a daughter together, Anna Mary Long (1847-1910).

The 1860 census for Daniel Garner’s household did not show the expected blended family.[vi] The household contained Daniel Garner, age 48, his wife Mary, age 32, his daughter (Mary’s stepdaughter) Elizabeth, age 21, and his and Mary’s daughter Malinda age two. Mary’s daughter (Daniel’s stepdaughter), Anna Mary Long, age 13, was not on this census with the family. She wasn’t dead because her death certificate states she died in 1910. It doesn’t make sense that the living thirteen-year-old stepdaughter would be missing from the household where the twenty-one-year-old stepdaughter was living.

The next part of this series will explore additional information found on the censuses from 1850 to 1940. Lineages’ experienced researchers can help you discover more about your ancestors, using many sources, including the United States censuses.

[1] “Independence Hall Philadelphia. Where the Declaration of Independence was signed.” by denisbin is marked with CC BY-ND 2.0.