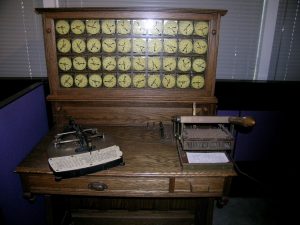 Typically, a census study of a family in the late nineteenth and early twentieth centuries means skipping the 1890 census, going straight from 1880 to 1900. A lot more can happen in twenty years than in ten years, so this large gap can be the bane of a genealogist’s existence. However, there are ways around this. [1]

Before the National Archives was established, the census records were stored in the basement of the Commerce Building in Washington, DC. A fire in this basement in 1921 destroyed or damaged many of the 1890 census returns. This led to an outcry for a permanent National Archives. Twelve years later, the surviving 1890 census schedules were included in a list of records to destroy. The Librarian of Congress did not identify the census as a record to preserve for historical purposes, so it was destroyed by government order a few years later.

Very little of the population schedule of the 1890 census survives, and about half of the Civil War veterans and widows schedule survives. Population returns for a few enumeration districts in each of the following states survive[i]:

The 1890 census prepared a schedule of the surviving Union veterans and the widows of deceased Union veterans. Confederate veterans were supposed to be excluded but some were mistakenly included. A list of counties with surviving schedules can be found here:  https://www.fold3.com/pdf/M123.pdf

The 1890 census is formatted differently from the other censuses. There is a sheet for each household, and the information for each individual is arranged in columns instead of in rows. Below the header information is a row for household and dwelling information: numbering the dwelling and the family; counting the number of families in the dwelling, the number of people in the dwelling, and the number of people in the family. Information for each person includes name, age, gender, race, relationship to head of household, marital status, birthplace, birthplaces of parents, ability to read and write, occupation, months unemployed during census year, ability to speak English (asked for language spoken if unable to speak English). The race row specified the following races: white, black, mulatto, quadroon, octoroon, Chinese, Japanese, or Indian. Mothers were asked how many children they had borne and how many were living. Those of foreign birth were asked how many years they were in the U.S. and whether they were naturalized or in the process of naturalization. The census also asked about chronic diseases; defectiveness in mind, sight, hearing, or speech; crippled or maimed; prisoner, convict, homeless child, or pauper. Names of diseases and defects were asked for when applicable. The population schedule also asked whether people were soldiers, sailors, or marines during the Civil War or widows of such, for both union and confederacy. [ii]

Those who served in the union were listed on a special schedule for Civil War veterans and widows. This schedule listed the names of the veterans or their widows, their rank and company, name of regiment or vessel, dates of enlistments and discharge, and length of service. This information can be helpful in military research for Civil War veterans. [iii] 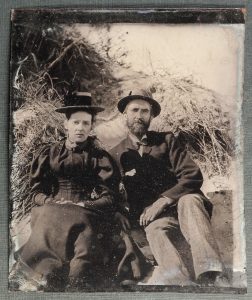 You can search for your ancestors on the 1890 census in any of the following collections:

Ancestry has a collection of 1890 census substitutes. This collection contains city, church, and farmers directors, voters’ registrations, tax lists, and state censuses from all over the country. Most the sub-collections are from the mid-1880s to the mid-1890s. This collection can be accessed here: https://www.ancestry.com/search/categories/1890census/

If you don’t have access to ancestry.com, you can search for your ancestor on directories and tax lists from the area they lived. 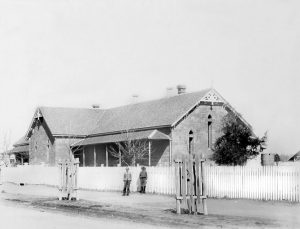 The Nelson family lived in Jersey City, Hudson, New Jersey in 1890. Note that very few of the returns for Jersey City survive—there are images for only three families on this return. The dwelling included two families, totaling fourteen people; seven people were in the Nelson family. [iv]

Household members included James age forty-eight, his wife Magret age forty-eight, and their children Lizzie age twenty, Lettie age fourteen, Grace age twelve, Anne age ten, and Arthur age nine. There is a large age gap between Lizzie and Lettie, which hints at either a deceased child or a blended family. The enumerator left blank the row for number of children born and number of children still living, which could have given insight into the large age gap between Lizzie and Lettie. Investigating this will require researching birth and marriage records for the Nelson family.

James’ occupation was a machinist, Magret’s was a housewife, Lizzie’s was a soap factory packer, and the other children were at school. James had been a soldier in the Civil War, so military research could be conducted on him, including looking him up in the veterans schedule. All household members were literate. Their home was owned with mortgage due. The house was not a farm.

Census substitutes are not as comprehensive nor as informative as the census itself. However, it may still be worth it to check for ancestors who were not on any of the surviving population or veterans returns of the 1890 census.

A few ancestors were searched for in Ancestry’s 1890 census substitute collection. Mary Landis Garner was not found. She died in 1895 and all search results were after her death date. It is important to note that city directories and tax lists mainly list men, and only list women who were widows. This alone decreases the possibility of finding female ancestors.

Rachel O. Simpers was also not found in the census substitute collection. She was born in 1885, so she would have been a small child when the 1890 census was taken. As a small child, she is not likely to be listed in any of the substitute records. Her parents, if they were known, would be easier to find. Rachel O Simpers was living with her aunt and uncle in the 1900 census and was married by the 1910 census. The 1890 census is the only one she’s likely to be with her parents in. Finding her parents will require consulting other records.

If you need help finding your ancestor in 1890, Lineages can help.