The Truth About Tiny Tim 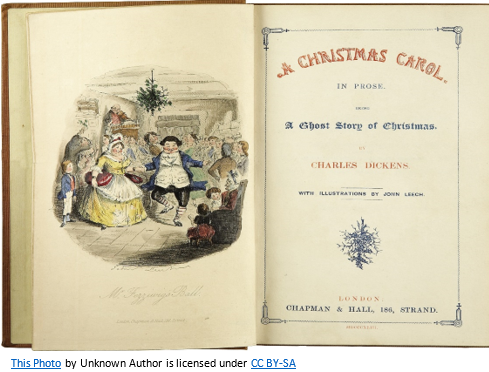 Have you read Charles Dickens’ classic novel, A Christmas Carol? Have you shed a tear as you 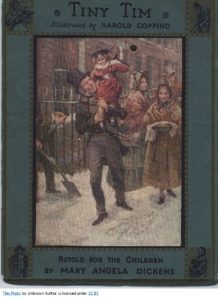 read the Spirit of Christmas Future’s words regarding Tiny Tim, when he said “I see an empty seat….and a crutch without an owner, carefully preserved. If these shadows remain unaltered by the Future, the child will die.”? All of us, who have read A Christmas Carol, know that Tiny Tim didn’t die, but how many of us know the medical cause of Tiny Tim’s suffering, and the social cause of Tiny Tim’s suffering? What can the truth about Tiny Tim help us understand about our family living in an urban setting at the time A Christmas Carol was written?

A Christmas Carol was first published, in London on December 19, 1843. An article in Time Magazine by John Broich, published and updated on 29 April 2021, tells us a little about the history of the story of Tiny Tim[1].

“It was very much the product of a particular moment in history, its author meaning to weigh in on specific issues of the day. Dickens first conceived of his project as a pamphlet, which he planned on calling, “An Appeal to the People of England on behalf of the Poor Man’s Child.” But in less than a week of thinking about it, he decided instead to embody his arguments in a story.” 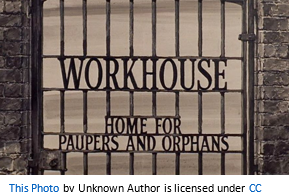 Why did Dickens feel that he had to speak out “on behalf of the Poor Man’s Child”? The prevailing opinion in society at that time was that people were poor because they were lazy and immoral and if the rest of society helped them it would just increase their laziness and contribute to their immorality. Any help offered should be so terrible that the poor would be discouraged from seeking it. The New Poor Law had been established in 1834, seeing the beginning of the new workhouses and they were seen to be the appropriate solution to the problem of the poor. Food was to be minimal for survival, back breaking work was to be assigned and families were to be split up into separate dormitories with, virtually, no contact. Even Scrooge, at the beginning of A Christmas Carol says, of the workhouse, “Those who are badly off, must go there.”

But what about our families at the time of the publication of A Christmas Carol? A quick review of census records might help us see what life was like for those living in poverty in a big city. The following is a story of three generations of the Herbert family, living in London in the 1800’s, and barely surviving economically.

By 1851, Henry Herbert’s family was back together living in White Lion Yard. Henry’s father, Richard, and Henry’s two older brothers were artificial florists, another brother was a miller and my ancestor, Henry, was a comedian. I’m not sure if that was a description of his personality or his occupation!

I was curious about artificial florists in the mid 1800’s in London. I learned that they needed to make around 100 flowers with stems to earn just one penny [2].

White Lion Yard was in the area of London called St. Luke’s, which is less than 3 miles from where the Cratchits were living at the time of A Christmas Carol.

At the time of the census of 1871, Henry was listed as a Bill Poster – an occupation probably unknown to most people living in the 21st Century. Henry would have been paid very poorly for the job, which entailed pasting advertising posters in the windows of vacant buildings. Henry’s daughters were carrying on the family occupation of artificial flower making.

Here’s a little more information about Henry Herbert. Henry married Elizabeth Sooby during November   1851. His signature on the marriage record shows that Henry is barely literate. At the time of his marriage Henry was employed as an artificial flower maker, as was his father. Apparently, his career as a comedian was short lived.

After exploring a little of the social and financial climate in the time and area where A Christmas Carol is set, let’s go back to Tiny Tim. Dickens explained that Tim Cratchit was very small for his age, he wore braces on his legs and needed a crutch. Tim’s health was very poor and he was expected to die. Dickens also lets us know that something could be done to help him, if there was money to pay for the help. So what exactly was the cause of his illness? Some people believe that Dickens’ nephew Harry Burnett, who died of tuberculosis at age 9, was the inspiration for Tiny Tim.

Col. Charles Callahan, chief of the Department of Pediatrics and Pediatric Pulmonology at Tripler Army Medical Center in Honolulu, also believed that the illness that plagued Tiny Tim was tuberculosis[3]. Col. Callahan reported “In my research, I was startled to find how prevalent TB was in England at that time.” He continued “It is estimated that half of the population of England was infected with TB in the late 19th century, and it was the single most common disease and cause of death in the western world.”

According to Callahan, Tiny Tim most probably suffered from Pott’s disease, also known as tuberculosis spondylitis or spinal tuberculosis. Dickens never mentions that Tim had any sort of respiratory disease, but Callahan explained that it is very common for children not to exhibit the respiratory symptoms that would normally be seen in adults. Callahan also believed that Scrooge could save Tiny Tim from the suffering and death of tuberculosis. Scrooge’s money could have sent Tim from his home in London to a sanitarium in the countryside. Fresh air, good nutrition and rest, along with a custom-fitted back brace, could have helped halt the progression of his disease or even put him into remission. Remember 19th century London was almost totally dependent on coal fires for heating – it was the era of the “pea soup” fogs in London. Fogs were so dense that being in them was like trying to live and move in a bowl of soup made of dried peas. Visibility was almost zero and the fog would actually smell and taste and it made breathing difficult. 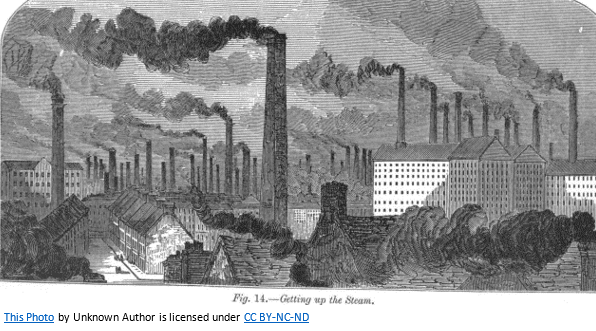 Looking back to the story of Henry Herbert, Henry married Elizabeth Sooby, dated 23 November 1851. Elizabeth’s maiden name, Sooby, was unusual enough to allow a study of the deaths of children related to Elizabeth. The Sooby family, for a number of generations, lived in the east of London, an economically depressed area and close to the area where the fictional Cratchits lived. Study results for the children of two of Elizabeth’s brothers, William and Charles, are shown below. William was a hansom cab driver and Charles was a labourer.

The study showed that 4 of William’s children died below the age of 2. The following causes of death were listed:

The study showed that 4 of Charles’ children died below the age of 2. The following causes of death were listed:

It’s hard to imagine the heartbreak of watching your children die because they were malnourished and because they lived in a place where every breath was a challenge.

Our story has focused on Dickens’ Tiny Tim and the life of the poor in 19th century London but it could be the story of our own poor ancestors in any large city in the world. Just like Tiny Tim, my Herbert and Sooby family lines survived. I appreciate all that my ancestors did to survive in such hardship. I’d like to adapt the words of Tiny Tim and say to my ancestors and all those who have faced tragedy and suffering and continued on, “God bless them, every one”.

If you have ancestors from England, Lineages has experts who can help you explore your Ancestry!

[2] Victorian Slum House. Modern-day Britons experience the struggle that built the Industrial Revolution. C.D. Produced by Wall To Wall for the BBC in association with PBS.2016.