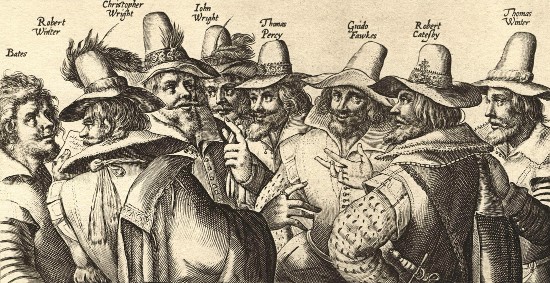 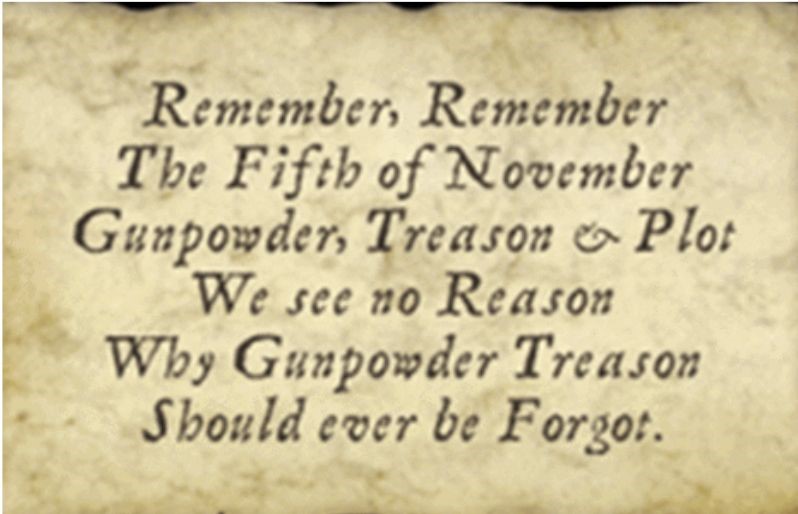 The history behind the Gunpowder Plot

During the reign of Elizabeth I, Catholicism was heavily repressed. Priests were put to death, and it was illegal to celebrate Mass or be married by Catholic ritual. After Elizabeth I died, in 1603, many Catholics were hopeful that the new king, James I, would be tolerant of Catholicism, but during 1604, James publicly condemned Catholicism and ordered all remaining Catholic priests to leave the country. Various punishments were given to people known to be Catholics.

There were a few plots to overthrow James I but the most famous of all is the Gun Powder Plot of 1605.

Who were the Plotters?

In May of 1604 five men met at the Duck and Drake Inn in the area of London called Strand. Their names were Guy Fawkes, Robert Catesby, Tom Wintour, Jack Wright and Thomas Percy. They swore an oath of secrecy on a prayer book and made their plans. More men joined the Plot as it developed but Robert Catesby was the man who originated the plan and it was Guy Fawkes who became famous for the Plot. The name of Guy Fawkes is celebrated every year on November 5th. Guy Fawkes had been part of the Catholic Spanish Army for about ten years and had developed a great knowledge about the use and handling of gunpowder while part.

What was the Gunpowder Plot?

The plan was hatched that Guy Fawkes would use the alias John Johnson and work as the caretaker of a cellar that was under the House of Lords, the building where the parliament met to govern the country. The plotters had leased the cellar to stockpile gunpowder, which they hid under a pile of logs. It was planned that Guy Fawkes would light the fuse to the gunpowder on November 5th, 1605. Why did they choose the 5th of November? That was the day when the new session of Parliament would be opened and the King, his eldest son and both houses of Parliament would be gathered for the formal opening. 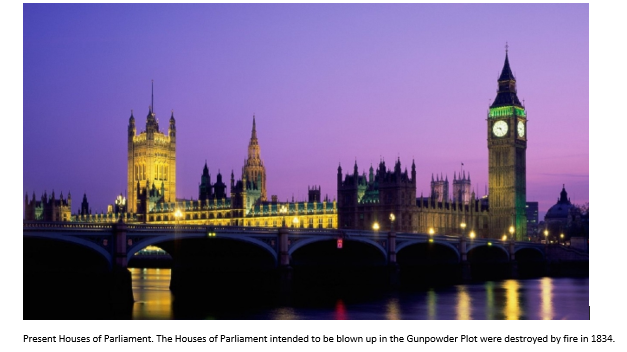 What happened to foil the Gunpowder Plot?

On October 26th, an anonymous letter was sent to a man, who was known to be sympathetic to the Catholics, who had planned to attend the State Opening of Parliament. The letter advised him not to attend the Opening of Parliament. The authorities were alerted to the possibility of danger and a search was made. Guy Fawkes was found in the cellar, close to midnight on the 4th of November, with matches in his pocket and more than 30 barrels of gunpowder piled ready to detonate.

Guy Fawkes was taken to the Tower of London and tortured and most of the co-conspirators were arrested. Catesby escaped arrest but died later in a skirmish with English troops.

How did Guy Fawkes really die?

Despite the tradition that Guy Fawkes was burned to death on a bonfire, that is not how he died. He was condemned as a traitor and sentenced to be hung, drawn and quartered, a very gruesome punishment. On January 31st, 1606, he was taken to the scaffold and the noose was placed around his neck. Some reports say that he fell, due to weakness from the torture he endured, and some say that he jumped from the scaffold. His neck was broken and he escaped the rest of the suffering of his sentence and died instantly.

Guy Fawkes Day in the Colonies.

Not very many people are aware that Guy Fawkes Day was celebrated in the American Colonies. Instead of the name Guy Fawkes Day, in the Colonies it was known as Pope Day and was celebrated on the 5th of November. The British subjects would burn an effigy of the Pope on Pope Day. The tradition died out by the beginning of the 19th century.

Following a decree by King James I that the 5th of November should be a day that people should always celebrate the failure of the Gunpowder Plot, many traditions began to develop. Some communities have grouped together to mark a more central community celebration but, during my childhood, the 5th of November was family time.

The 5th of November has been Britain’s night for fireworks for hundreds of years. I remember that the cold and early darkness of November skies were a spectacular backdrop to fireworks. Why fireworks? To celebrate what the gunpowder might have looked like if it had ignited! As children wanted lots of fireworks a new tradition developed called Penny for the Guy.

Penny for the Guy 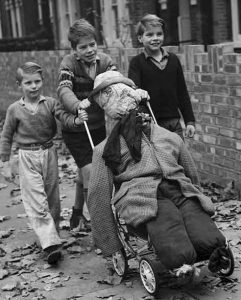 In the days before November 5th, groups of children would park outside their homes or roam the streets of towns with a “Guy” made of old clothes, stuffed with whatever their mothers could spare – newspapers, more old clothes, rags, etc. Most would have a sign on the chest of their stuffed man saying “Penny for the Guy.” The pennies donated by passers-by would add up to enough to buy a few more fireworks.

Bonfire to burn the Guy

Despite the fact that the punishment for Guy Fawkes and other conspirators was to be hung, drawn and quartered, the tradition has developed that Guy Fawkes was burned to death. The bonfire was a very important part of the celebration for most families. Practical home gardeners used Bonfire Night as a great way to burn the garden refuse at the end of the growing season and scraps of wood and sticks added to the fire. The bonfire was a central part of the celebration and, whether in a family backyard or as part of a community celebration, the bonfire helped keep everyone warm as they waited for the fireworks to begin. Of course, a “Guy” would be burned.

As with most traditional days of celebration, food was a big part of Guy Fawkes Day. There are a few traditional foods connected to Bonfire Night, some of which are made more delicious because they are cooked in, and over, the bonfire on a very cold night. Potatoes baked in the embers of the fire and real British sausages (never hotdogs) roasted on a stick and a very old recipe for a baked dessert named Parkin are part of the must-have foods for Bonfire Night. The parkin is baked in an oven and is made with lots of spices and treacle, which is very similar to molasses. Imagine how much the children loved the sausages on sticks and hot potatoes covered in ash in their mittened hands! I remember that sausages and potatoes never tasted better than those cooked outside on Bonfire Night!

What were your ancestors doing at the time of the Gunpowder Plot?

These were years of turmoil for our ancestors in Britain if they were Catholic. Typically, the more socially prominent and/or wealthy a family was, the more subject to scrutiny they would have been. Social prominence meant power to influence others and financial success meant money to fund revolutionary activities. The Crown needed to keep people under control.

For many years, even after the end of open hostility towards Catholics, Catholics were not allowed to vote, practice law or serve in the military.

Not many Church records survive from this time period but it is certainly worth looking. Despite the fact that your ancestors may have been Catholic, they would most likely have been willing to marry and baptize children in a Protestant congregation as, during certain periods of history, without Church of England official recording of their marriage and baptism of their children, their marriage would not have been legal and their children would not have been able to inherit their property.

The term given to people who were not willing to be affiliated with the Church of England was recusant. Your family may be found in records for recusants. Some of the more famous names of recusant families include Howard, Clifford, Arundell, Vaughn and Acton. If you would like to know more about finding your recusant ancestors look at www.familysearch.org/wiki/en/England_Catholics_in_Early_Non-Catholic_Records_(National_Institute).

If you have heard family stories that your people went to Britain from another country during these years, you may want to look at Denization records. To become a British citizen during the 1500s and 1600s required a private act of Parliament. Many of those who moved to England simply blended in to society and never became a British citizen but, for those who did, some records survive. Denization indexes may be found on www.familysearch.org and on https://archive.org.

To learn more about Guy Fawkes, including images of his signature before and after torture, go to www.historyhit.com/thrilling-facts-about-guy-fawkes/

To read the official government documents regarding Guy Fawkes go to www.parliament.uk/about/living-heritage/evolutionofparliament/parliamentaryauthority/the-gunpowder-plot-of-1605/

The experienced researchers at Lineages can help you learn more about your English ancestors!