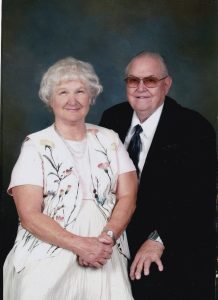 Grandparents’ Day is a relatively recent holiday. Russell Cappers started the idea with a letter. In 1969, he was nine years old and wanted a day set aside for grandparents. So, he wrote a letter to the President. Young Russell received a reply from the President’s personal secretary, but the holiday did not start until 1978. 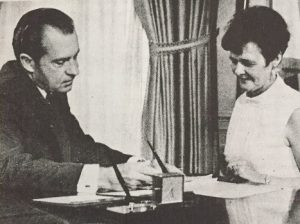 started in 1978 by an act of Congress. It happens on the first Sunday after Labor Day. The holiday is generally celebrated by spending time with family. Its official flower is the forget-me-not.

Here are some ideas for this Grandparents’ Day:

Start a conversation and get your loved one talking about things you don’t know. You could even record your grandparents as they talk – then others can hear their stories later. See this webpage for details about uploading images and audio files to FamilySearch: https://www.familysearch.org/en/help/helpcenter/memories. FamilySearch protects information that you attach to profiles for living people.

Ask grandparents about their childhood, what foods they liked, if they got into trouble with their siblings, what they like learning, etc. Maybe your grandmother enjoyed dinosaurs as child as much as you did. Ask how they met and fell in love, what their wedding was like, and about the funny moments they shared as newlyweds. Pet peeves, budgeting, did your grandfather have to learn the “right way” to fold towels? Ask them about what your parent was like as a child.

Ask grandchildren about the same things. What things are they proud of and excited to tell you about? One purpose of Grandparents’ Day is to honor the wisdom that grandparents share with their children’s children. What lessons did you learn from your experiences? Your successes and mistakes could help your grandchildren do or avoid the same things.

What you learn can spark new ideas. Play games that your grandmother hasn’t played since she was a child or play a game by the rules your grandfather knew when he was young. Learn an entirely new game alongside your grandchildren. Bond over activities such as crocheting and knitting; they were considered something only grandparents did but are now popular again. Cook family favorite meals or childhood recipes.

If you cannot celebrate the holiday with your grandparents in person, you can send a simple message to let them know you appreciate them. Text, call, send a letter or a card. To see your grandchildren’s faces, you can video call via FaceTime, Skype, or Zoom. Communication is possible regardless of distance.

Obituaries can provide new information about grandparents that have passed away, especially for those not in a position to ask relatives. There are a few helpful databases that allow you to search many newspapers at once. Ancestry is a great option as they now own Newspapers.com which has hundreds of newspapers from yesterday back to the 1700s. Results on Ancestry will show an index of the article with a link to the actual page on Newspapers.com. You can access the images on either site for free at one of the many Family History Centers whose locations are shown on FamilySearch at this link: https://www.familysearch.org/centers/locations/. FamilySearch is another helpful database as their accounts are free. They organize their obituary and newspaper collections by location. For more detailed instructions, please visit this link: https://www.familysearch.org/en/wiki/Obituaries. This page explains what obituaries are, how to find them on FamilySearch, and has several links to other helpful sites.

If you don’t have pictures of your grandparents as children, census records can be a thousand words. Many countries started censuses to record the growth of their population. In the United States, the federal census is taken every ten years. A list of names, ages, and birthplaces can sound boring but the censuses starting in 1900 recorded a lot of interesting information about family units. Until this year, the 1940 census was the most recent census available to the public. But now that would be the 1950, which is still in the process of being indexed. It is the first census that recorded people born in the 1940s. A census can show you how old your grandmother was compared to her siblings. You can see if your grandfather was called by a nickname or his middle name. Did your grandmother grow up in the same house her entire childhood? Maybe your grandfather chose the same occupation as his father. Although there are no photos or faces included in the record, it is still a snapshot of your grandparents’ families when they were children. 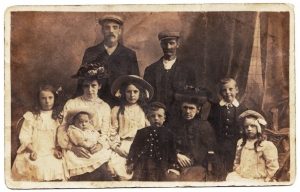 Grandparents’ Day started with the desire to honor the relationship between grandparents and grandchildren. It succeeded in not being commercially motivated. It is an opportunity to share love and attention for extended family. The holiday is intended to bring attention to the mutually beneficial relationship between grandparents and their children’s children. You can benefit from your grandparents’ wisdom, experience, and support. An active relationship with your grandchildren can lengthen your life. Reach out to your loved ones and let them know what you appreciate about them.

Whatever you decide to do for Grandparents’ Day, have a great one!