Interested in learning more about your Native American genealogy? Are you a tribal member or belong to an American Indian community? Maybe one or both of your parents were Indian, but you do not know who they were or what tribe they came from because of adoption, boarding school issues, or a custody battle. Did your parent or grandparent belong to an Indian tribe, but you were not raised in their culture and now they are deceased, leaving you wanting to know more? Perhaps your grandparents or great-grandparents were part Indian but not tribal members, or there is a family tradition that you have Native American ancestry, or maybe you just discovered an Indian ancestor you want to know more about. Let us give you some suggestions on how to find your Native American ancestors! Before we get started there is some information you need to know, laid out in detail, by the National Archives.[2]

In order to begin researching a Native American or tribally associated individual, you must already know the answer (or approximate answer) to four questions:

For questions two and three, the need for dates and places of events is where history and maps become invaluable tools for Indian research. That last question is also important. Because government records are created and organized around each tribe, researchers must know which tribe the individual is associated with. If tribal association has not been established yet, listed below are five ways an individual could be associated with a Native American tribe.

The Indian Reorganization Act of 1934 gave tribes the right to determine their own membership. Most tribes have adopted constitutions that specify conditions for enrollment. Even though a person may be of Indian heritage, they are not necessarily entitled to membership in a tribe or to tribal benefits. And unless your parent or grandparent was actually a Native American tribal member, the tribe will not be able to “look you up” and see if you are a descendent of theirs. You will need to do this work yourself.

Once you have all your genealogical information, including your Native American ancestor’s full name, presence on any Indian rolls, and exact relationship to you, then you should contact the specific tribe in question. It is important to note that some tribes maintained more and better records than other tribes did.

WHAT RECORDS ARE AVAILABLE?

There is a large amount of information available out there for your Native American research. It will often vary depending on which tribe you are researching. Most of these records are available at the National Archives or at one of its 15 Regional Branches. Many of the microfilms of these records are now available on various genealogy websites, some of which can be accessible for free on computers at regional National Archives branches, or for a small fee from home.  In some instances it may be more affordable to do research on these sites than to order copies from the National Archives. Church records can be found in libraries, museums, universities, local congregations, Dioceses, or Synod offices. 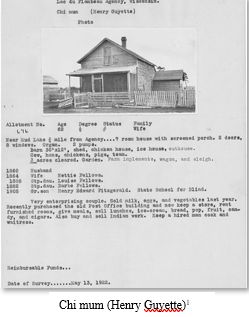 Types of records for Indian research

WHERE DO I START?

Now that you have a little background information, here are some steps to get you started:

This is part one of a two-part series on Native American genealogy research. Part two is a more detailed listing of resources that can help you find your Native American ancestors.

Do you have any Native American genealogy?  Let us know in a comment below!