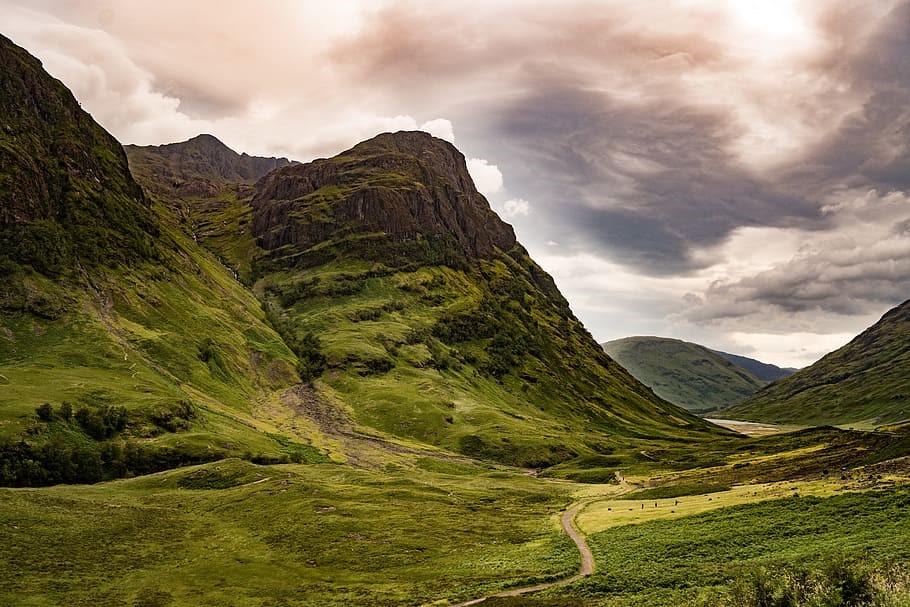 Did you know that April is Scottish-American Heritage Month? It is a great time to think about and get to know more about your Scottish ancestors. Things to think about include:

To answer these questions, here are some suggestions for research.

Why our Scottish ancestors emigrated

First, the reasons for our Scottish ancestors to leave their homeland and emigrate probably had to do with what was going on in Scotland at the time and what our ancestors’ personal circumstances were. Were they fleeing war and persecution? Did they hope for a better life in a new land? Chances are they did not own the land on which they resided in Scotland. They were likely tenant farmers or fishermen, or struggled to make a living in town. They may have felt oppressed by their personal situations. They may have been assisted to emigrate, the cost of which would have been their first hurdle, and they may have felt that the land of the free and home of the brave, where they could have an opportunity to own their own land, was a far better option.

Start by looking at a good history of Scotland to get an idea of what was happening there at the time your ancestors emigrated, then look for a history of their particular county or region to see how the area was being affected by outside influences or changes in agricultural practices. Many of these can be found online. Search online for Scotland History (or a particular county) and browse the results.

Where did your ancestors leave from? What major port of emigration did they live near and how did they most likely make their way to the port? Local histories, as well as early area directories, can be particularly helpful in answering these questions. Look on FamilySearch.org in the online catalog for records, histories, directories, etc., for your Scottish county of interest.

Scotland, and the English Parliament which governed Scotland beginning with the Act of Union in 1707, did not keep official records of emigration until quite late, but there are other types of records of emigrants that can be helpful, and some are indexed online.

If you know about when and where your ancestors landed in America, then U.S. and Canadian immigration records can be helpful. Though the U.S. didn’t begin keeping official records of immigrants until the 1820s, and Canada not until the 1860s, there are lots of sources for information on immigrants prior to those dates.

The National Archives of the UK has a comprehensive guide to emigration on their website at https://www.nationalarchives.gov.uk/help-with-your-research/research-guides/emigration/. It includes numerous links to other articles and websites.

Once you have found the passenger list for your ancestors, the ships’ manifest will likely identify the port of departure.

Did your ancestors settle in America among other Scots?

Chances are good that they did. Leaving home and all that is familiar and moving to a new land can be scary and daunting. Settling in communities of people similar to you can help ease the trauma of the move and help with the transition into your new life and place. In some cases, families emigrated in stages. The first to arrive would have worked to establish a home for the later family members to come to. And having neighbors who understood what you went through to get there, who spoke your language and sounded like you, would have been a great comfort.

Again, local histories of the area in America where your ancestors settled will help you understand what the immigration experience was like for your ancestors.

U.S. census records, beginning in 1790, will show you whether your ancestors settled where other Scots lived. The early censuses, before 1850, do not give birth places, but you will be able to recognize Scottish surnames among their neighbors. Beginning in 1820, the censuses asked whether an individual was a “Foreigner not naturalized.” This can help identify recent immigrants.

Land records and registration of deeds can also help identify neighbors, and again, surnames will help you know whether they were Scottish.

Did your ancestors ever travel back home to Scotland?

American ports that kept records of in-coming migrants also kept records of out-going individuals. Many of these records are also indexed online. Try the website of the National Archives of the UK shown above, or Ancestry.com and FindMyPast.com (fee required unless you are researching at an LDS family history center.)

If you find more than one record of arrival in America for your ancestors, a few years apart, this could be an indication that they returned to Scotland for a visit, especially if the port of departure is Scottish.

Did your ancestors follow Scottish traditions after they immigrated to America?

Unless you have a diary of one of your ancestors, which details their life in America, it might be hard to answer this question, but again local histories may give an idea of whether the residents of a largely-Scottish community celebrated Scottish traditions and holidays.

One Scottish tradition that often carried over to the new country was the Scottish naming pattern. Children were often named after family members in a specific pattern:

When looking for the Scottish church christening of an ancestor with a common name, the names of their children many help you to identify his/her correct entry and parents.

Were your Scottish ancestors happy in America?

This may be another difficult question to answer directly, but taking a look at your ancestor’s level of prosperity in America can give an idea. Ask yourself:

Again, local histories, along with census and land and probate records, can help to answer these questions.

Newspapers are a great source for information about the personal lives of our ancestors. Try the website Newspapers.com, which is available for free at LDS family history centers, and search for your ancestors by name and location.

Oh, and did you know that April 6th is National Tartan Day? So remember to proudly wear the plaid on April 6th.

Our experienced researchers at Lineages can help you learn more about your Scottish ancestors. Give us a call at (800) 288-0920.