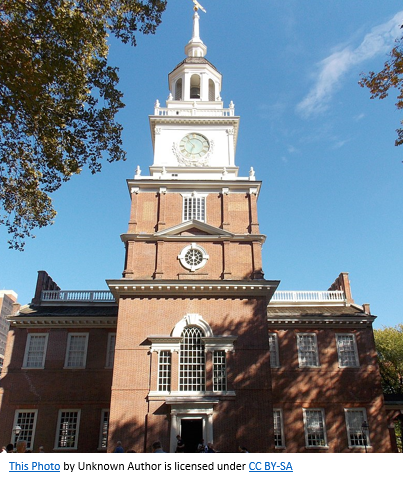 Pennsylvania can claim to be the birthplace of the United States, as that was where the Continental Congress and the Constitutional Convention were held, which brought us the Declaration of Independence and later the United States Constitution. Delaware was the first state to ratify the Constitution. New York became a major immigration hub, attracting people from all over the world. Many people today have ancestors that were involved in the history of these states, as well as the states of New Jersey and Maryland. This article will go over research in these five states—the Mid-Atlantic region. 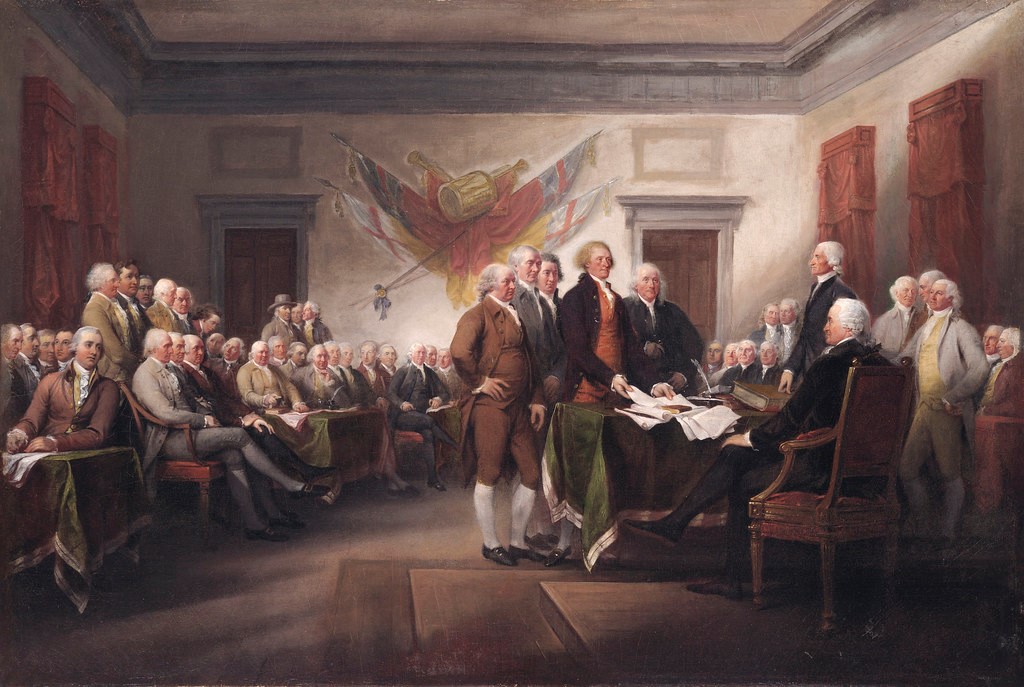 Of the Mid-Atlantic states, only Maryland was initially an English Colony. The Maryland charter was granted to Baron Baltimore in 1632, and his brother brought over the first colonists two years later. Maryland was a safe place for non-conformists to settle, thanks to the Act of Toleration passed in 1649; this attracted Catholics, dissenters from Virginia, and Quakers. The proprietorship was overthrown in 1689 when the Anglican church was established as the official state church. Maryland was a royal province until 1715 when the proprietorship was restored after Lord Baltimore’s conversion to Protestantism.

The other states were initially claimed by the Dutch and by Swedes but switched hands before coming into English control in 1664. New York, New Jersey, and Delaware were discovered by Henry Hudson in a 1609 expedition, and the Dutch settled these areas years later. Disputes with the Native Americans drove the first attempted Dutch settlements out of Delaware and New Jersey. The Finns and Swedes made more lasting settlements in 1638 and called their territory New Sweden. The Dutch regained control in 1655 and renamed the territory New Netherland. When the English gained control of the land, the king gave it to his brother, the Duke of York, and the land was named New York.

The Colony of New York was split up. Pennsylvania was chartered to William Penn by the king in 1681; Penn arrived in his new colony with settlers the next year. Delaware had been part of the Pennsylvania colony but had its own assembly as early as 1704. Penn’s colony had religious tolerance through a “holy experiment.” This attracted immigrants of various religious groups: Lutheran Pennsylvania Dutch (Deutsch), Reformed, Mennonites, Amish, Dunkers (Dunkards), Moravians, Roman Catholics, and Schwenkfelders from Germany; Quakers from Wales and elsewhere; and Huguenots and Acadians from France; and also Jews.

New Jersey was the part of New York that the Duke of York gave to two of his creditors, and it was renamed after the Isle of Jersey, one of the Channel Islands. The creditors eventually sold their interests to some groups of Quakers, including William Penn, who divided New Jersey into the East and West provinces. The Proprietors gave up the right to rule in 1702 but continued to control the first sales of lands. New Jersey was under the royal governor of New York until 1738 when it got its own royal governor.

As with many of the colonies, there were border disputes between the Mid-Atlantic colonies. Because of the border dispute between Maryland and Delaware, some Delaware records are housed in bordering Maryland counties. New York had border disputes with Connecticut, Massachusetts, New Jersey, and Pennsylvania, and lost two counties to Massachusetts. The Maryland-Pennsylvania dispute was resolved with the creation of the Mason-Dixon line in 1767.

Slavery existed in the original colonies but had been phased out in the North long before the American Civil War. Pennsylvania was the first to abolish slavery. The Mid-Atlantic states were all allied with the Union during the Civil War, but Delaware and Maryland had sympathies with the South. Maryland, being a border state, had a lot of men fighting on the Confederate side. The Mid-Atlantic area was a place that African Americans migrated to after the Civil War.

Settlers migrated within the Mid-Atlantic states, and some migrated from New England. After the Revolution, many soldiers relocated to Georgia for land. Eighteenth century immigrants included French Huguenots, Dutch, Palatines, and Germans. Many of the British immigrants were indentured servants, felons, and Jacobite rebels. Nineteenth century immigrants included Irish Catholics, Germans, Jews, Poles, Italians, Scandinavians, and Eastern Europeans. Many of these had come in through New York, which is still a place where immigrants settle. The harbors of New York and Philadelphia had been major ports of immigration into the United States. Completion of the Erie Canal and other canals, the nation’s first railroad, and the National Road greatly increased migration through the Mid-Atlantic and to the West.

When researching for families that lived in 1790 and later, federal census records are a good place to start to find clues for further investigation. The first federal census was taken in 1790. The 1790 to 1840 censuses contain the names of heads of household and tallies of age groups of males and females. The 1850 and later censuses name each individual. State censuses are available for New York and New Jersey. Maryland took a colonial census in 1776.

Since there are a lot of old cemeteries in the Mid-Atlantic area, cemetery records are a good resource, both the tombstones themselves and the burial records. Family members were usually buried near each other in the same cemetery, near the place that they lived or died. Burial or sexton records usually contain more information than the gravestones themselves. Additionally, some historical and genealogical societies have compilations of gravestone transcriptions. Surviving gravestones from the seventeenth century may be illegible due to erosion, so these records may not be the best way to obtain the burial information. 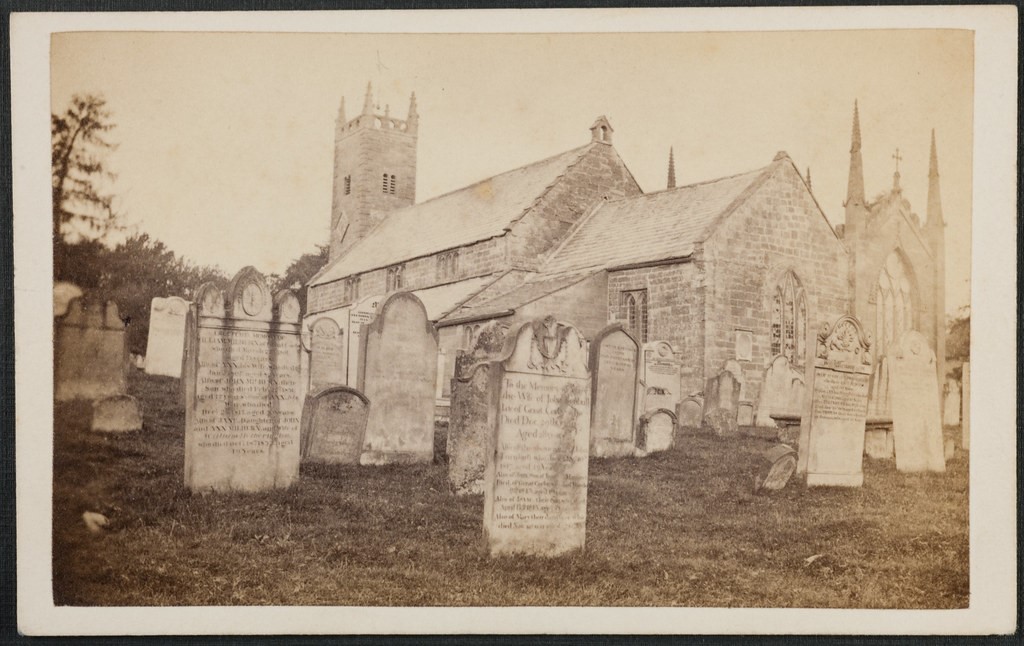 Because the Mid-Atlantic colonies attracted religious refugees, church records are a good resource for finding ancestors. They, along with town records, are good places to find birth and christening, marriage, and death information. These records can also help prove relationships.

For searching church records, it’s helpful to know your ancestor’s religious denomination; start by searching records there. If you don’t know their denomination, you can guess based on a knowledge of which groups settled in particular areas. Ancestry’s Redbook Online contains this information. Additionally, you can search the churches close to where your ancestor lived.

Land records are another good resource to search, especially for early ancestors in the Mid-Atlantic area. In seventeenth-century Maryland, land was granted to people who brought new settlers.  After the Revolution, land in some parts of New York and Pennsylvania was granted to Revolutionary War veterans who served in those respective states. Records such as deeds and mortgages were created as land changed hands. This was recorded in plat books, grants, warrants, patents, and surveys. Fathers may have granted land to sons and sons-in-law; families that bought and sold land with each other may have intermarried. Early land records may include family information that’s not found on other records. These also give locations. When searching, begin with indexes, then use the information in the index to find the original records.

If your ancestor served in any of the wars the Mid-Atlantic states were involved in, be sure to check military records for them. This includes service records during the war, and pension records for benefits the veteran or family may have applied for after the war. Successive laws changed the qualifications for who qualified for pensions, so some ancestors may have reapplied for a pension. The paper trail left by these records includes information about the ancestor’s service, residency, family members, and sometimes birth, marriage, and death. 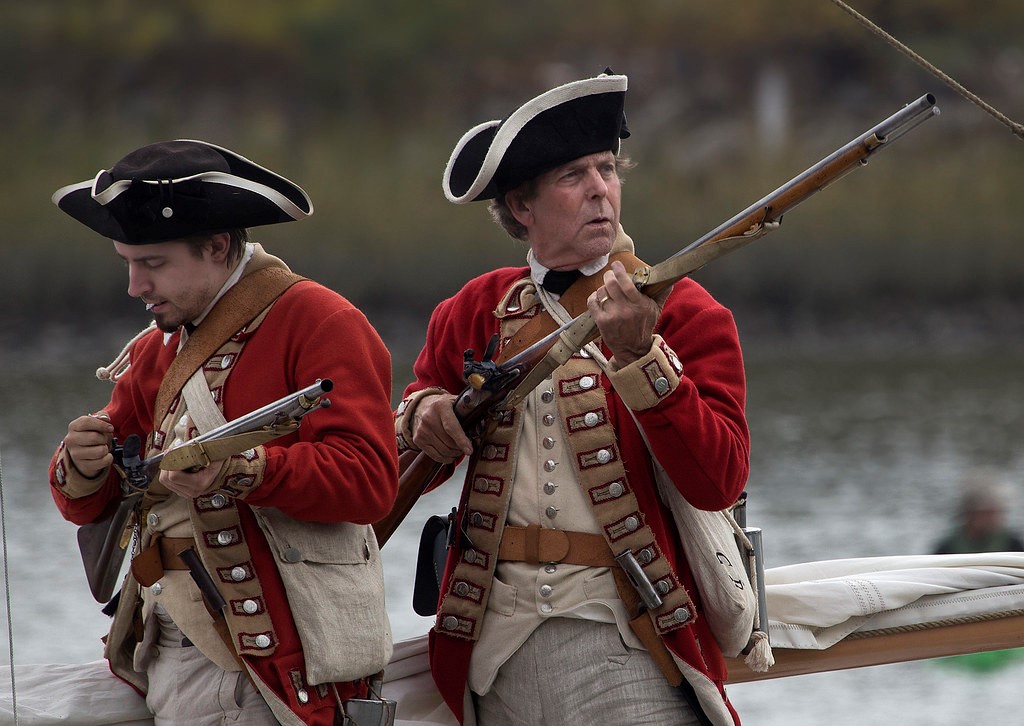 Another good source of information is probate records, especially for early ancestors. These records give the location and date of estate actions, and give names of heirs and tell how they are related to each other. In some cases, this is the best place to find such information. Be sure to include wills, inventories, accounts, balances of final distribution, and testamentary proceedings in your search. Pay attention to boundary changes during the colonial period because this affects where the records are housed.

Biographical sketches, town histories, and county histories can be helpful places to find clues in your research. This is especially true if your ancestor was prominent in his community or was an early settler. This can be a gold mine if it is well documented; be careful because such sources are not always well documented.

Many of these records are being digitized and placed online, but not all of them are there yet. Records can be found in the FamilySearch Catalog, the FamilySearch Wiki, the Ancestry Card Catalog, the Redbook, and on American Ancestors. County and town histories, as well as genealogy books may be found through online archives, Google Books, and FamilySearch Books.

The FamilySearch Wiki has pages for states, counties, and many towns. Within each state and county page are links to databases to search various record types, and information about those record types for that specific locality. They also contain contact information for archives and genealogical societies.

In the FamilySearch Catalog you can do a Place search for your ancestor’s town or county to find records pertaining to that location. This may yield results for church histories, church records, genealogies, histories, public records, school histories, and vital records. Perusal within these search results may turn up useful records mentioning your ancestors.

The Ancestry Card Catalog can be filtered by place, year, and record type.

American Ancestors is owned by the New England Historical and Genealogical Society and contains many records within the Mid-Atlantic area.

The Redbook Online contains information about every state in the U.S., including historical content, links to databases, and contact information for repositories and historical and genealogical societies.

To find digital county histories, search in Google Books or FamilySearch Books for the county name.

If you need help finding your Mid-Atlantic ancestors, Lineages can help.