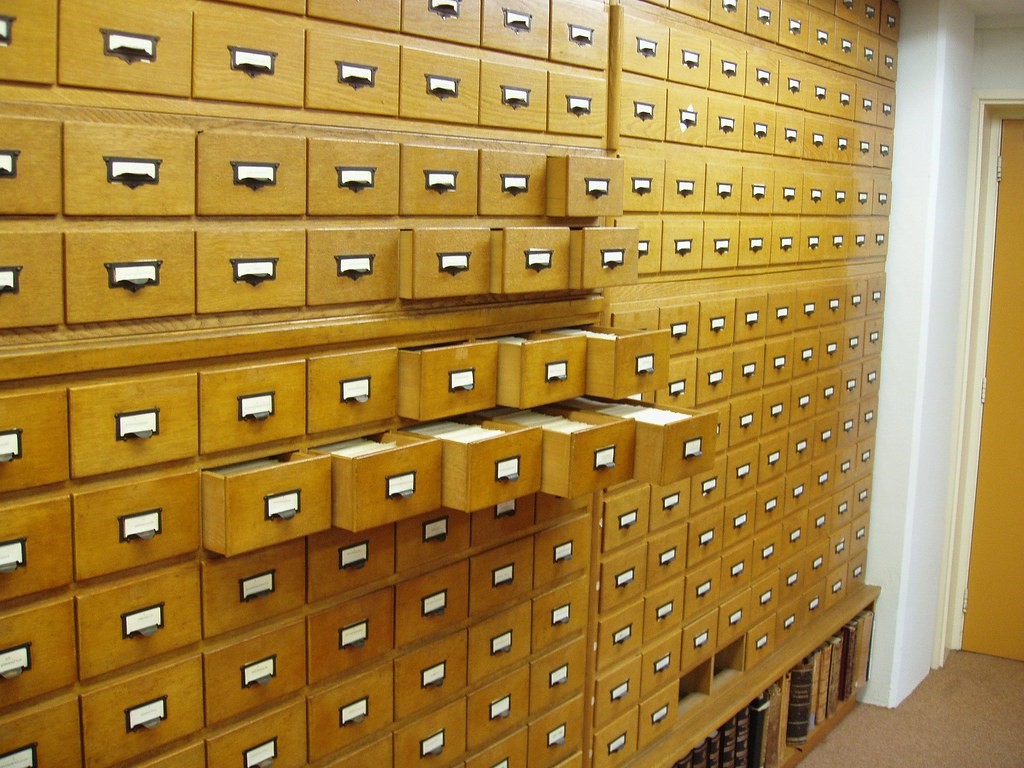 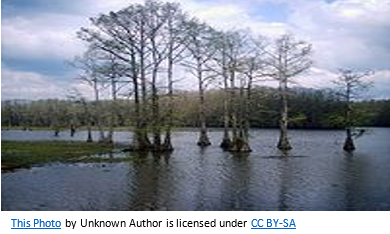 Known for being part of tornado alley and for epic thunderstorms that shake the ground, the South-Central region of the United States includes the states of Arkansas, Kansas, Louisiana, Missouri, Oklahoma, and Texas. If you have ancestors from these states, knowledge of the Louisiana Purchase, Civil War, westward expansion, and Native American displacement will be useful in your research.

Native Americans inhabited the South-Central region long before white explorers and settlers came along. The Spanish and French explored this area as early as the sixteenth century. The French settled colonial Louisiana at the end of the seventeenth century; this included what is today the western part of Alabama, Arkansas, Illinois, Kentucky, the eastern part of Louisiana, Minnesota, Mississippi, Missouri, Oklahoma, and Tennessee. France lost control of this land in 1763 following the Seven Years War, also known as the French and Indian war. The land east of the Mississippi River, minus New Orleans, went to Great Britain and the land west of the Mississippi River, plus New Orleans, went to Spain. The Louisiana colony stayed in Spanish possession until 1800 when it went back to the French, but little changed in its affairs, so records in this area continued to be kept by the Spanish. In 1803, Napoleon and Jefferson settled on the Louisiana Purchase, and the vast Louisiana territory became part of the U.S. 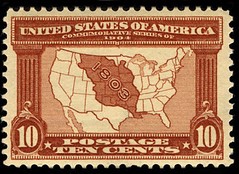 Meanwhile Texas had its own history going on. It was held by the Spanish in 1682 and established as a province of Spain in 1727. Texas had a recurring problem with loosely defined boundaries until statehood. When the Louisiana purchase occurred, there was a boundary dispute between Louisiana and Texas, for which the compromise was a neutral land between the two. This unclaimed land became a haven for outlaws. Another land dispute occurred in 1820 when Miller County, Arkansas was organized with part of its land inside the Texas border. The Oklahoma panhandle had previously been part of Texas.

Mexico gained independence from Spain in 1821, so Texas was now under Mexican jurisdiction. Texas broke free from Mexico and became the Republic of Texas in 1836. Texas was admitted to the union as a state in 1845, after many immigrants from the U.S. demanded statehood.

Long before becoming part of the U.S., Americans had been pouring into Texas. Louisiana Catholics were encouraged to immigrate to Texas while it was still part of Spain. The Mexican government desired only Roman Catholics immigrants, but did allow impresarios (grants) to U.S. settlers. The Republic of Texas offered colonization contracts in 1841 to encourage immigration. Duplication of granted land and undefined boundaries complicated land titles. Boundaries were defined in Texas before admittance to the union.

Migration to all these states expanded greatly after the Civil War with the development of the railroad. Before and after the war, people migrated from the east, southeast, and Midwest. The advent of the railroad also saw an increase in immigrants from various European countries, especially Germany.

One of the British goals of the War of 1812 was to severe Louisiana from the United States and to control the Mississippi River. The Mexican war was fought because of disputes with Mexico over the border of Texas and the desire of American to expand to the west coast. In the end, the United States acquired the area that is now the Southwest U.S.

Leading up to the Civil War, as states were admitted to the Union, they were admitted as either free states or slave states, keeping a balance between both. Kansas was being settled by anti-slavery and pro-slavery factions, both trying to become the majority. This affected how Kansas was peopled before statehood, and caused much violence. Kansas was admitted as a free state.

All these wars created valuable records for the genealogist: service records, muster rolls, pension files for veterans and widows, bounty land records, to name a few. These records can give information about veterans’ service, marriage, and family members. Those available online can be found at Fold3 and elsewhere. Details of historical context and other resources can be found through the FamilySearch wiki. 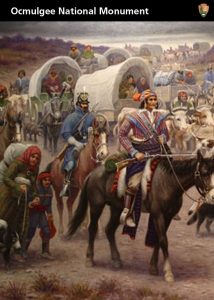 Oklahoma and parts of Kansas were Indian Territory, the new home for displaced tribes from the east and southeast. Indian Territory was originally home to the Osage, Quapaw, and Kansa tribes. Displaced tribes included Cherokee, Choctaw, Delaware, Shawnee, Caddo, Kickapoo, Wea, Piankeshaw, and other tribes. As many as 65 tribes were displaced to Oklahoma. This displacement was hard on the Native Americans and is known as the Trail of Tears.

In retaliation for Native service with the Confederacy, the U.S. government rewrote the treaties after the Civil War, reducing the land that the Natives could possess, and sent more displaced tribes to that land.

Census records are a good starting place for research. Louisiana appears on the federal census as early as 1810. Arkansas was a territory in 1830 and a state in subsequent censuses. Missouri appears as early as 1830, but its earlier enumerations were lost. The federal census includes Texas in 1850. Kansas was enumerated as a territory in 1860 and as a state on later censuses. Various censuses were produced for Oklahoma but the first complete one was in 1900. Indians were first generally included in federal censuses in 1900, both those on reservations and those living among the general population. Arkansas took a couple sheriff’s censuses. Missouri and Kansas took state and territorial censuses. Oklahoma conducted a couple territorial censuses. Texas and Louisiana took no state or territorial censuses. Texas had several mission censuses taken by Spanish and Mexican government. To find out when your state took state censuses, go to this FamilySearch wiki page and select the desired state.

Church records are good places to find birth and christening, marriage, and death information. These records can also help prove relationships. Knowing your ancestor’s religious denomination helps when researching church records. If you do not know your ancestor’s religious denomination, look for clues in other records and search churches in the area. Ancestry and FamilySearch both have databases to search church records online, though not all churches have their records online. In some cases, you may need to contact a church to enquire about their records

Another record type to search is tax records. These can be especially helpful before censuses, as they show location and financial status. Appearances and disappearances from tax records can be used to infer when a man was born and died, and even if he moved. Search for these at town, county, and state/territory level since taxes can be levied at any jurisdiction level. For colonial times, you may need to search Spanish and French tax records.

Probate and court records are also a good resource. These records give the location and date of estate actions and give names of heirs and tell how they are related to each other. In some cases, this is the only source of that information. Search will books, inventories, administrations, petitions, court order books, docket books, and registers. Because of boundary changes, be sure to check multiple courthouses in your ancestor’s area.

Another good resource is land and property records. Sometimes these indicated relationships between people buying and selling land. Because of boundary changes and land disputes, be sure to check multiple jurisdictions for land records.  When searching, begin with deed and mortgage indexes, then use the information from the indexes to search the actual records. Include plat books, grants, warrants, patents, and surveys in your search.

County histories are also a good resource to include in your research. At the very least, this gives the historical context for the specific area your ancestor lived in. This can give a bigger view of your ancestor’s life and help you determine record types that would be helpful for the specific county. If your ancestor was a settler of the area or a prominent citizen, the county history may give a biographical sketch. To find digital county histories, search in Google Books or FamilySearch Books for the county name. 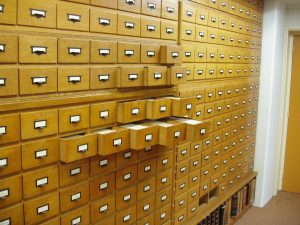 Local historical and genealogical societies may have special collections or knowledge of records not mentioned in this article, so be sure to investigate these for your area of interest. Local archives may have record collections not available online, or otherwise only available through the archives.

To find information about societies and archives, please consult these resources:

Additional records can be found through the FamilySearch catalog and the Ancestry card catalog. Both catalogs can be searched by keywords or place names. The Ancestry catalog can be narrowed down by selecting a time period, location, and record type.

If you need help researching ancestors in the South Central Region, Lineages can help.

[ii] “Trail of Tears for the Creek People” by TradingCardsNPS is licensed under CC BY 2.0

[iii] “Dictionary of the Frisian Language – Word archive” by Hindrik S is licensed under CC BY-NC-SA 2.0